Valid Vs. Invalid Wills in Nevada

One day a Kansas farmer, we'll call him Dave Smith, came into my office with a torn scrap of paper about one third the size of a regular sheet of paper. Entirely in handwriting it said, "I leave everything to my friend Dave Smith. John Doe, March 3, 2004." Dave said, "Well, this isn't much of a will. I told him to go to a lawyer and get a proper will. But he said this would do. Is it any good?" Yes, it was good and Dave inherited about $300,000 with that scrap of paper. (John was a Nevada resident and the Court required two samples of his handwriting or signature.)

N.R.S. 133.090 states that "A holographic will is a will in which the signature, date and material provisions are written by the hand of the testator, whether or not it is witnessed or notarized... such wills are valid and have the same force and effect as if formally executed."

In addition, we were able to get Dave appointed Executor which meant that he didn't need to work with a Nevada resident Co-Administrator because N.R.S. 138.040 states, "If it appears by the terms of a will that it was the intention of the testator to commit the execution of the will and the administration of the estate of the testator to any person as executor, that person, although not named executor, is entitled to letters testamentary in like manner as if that person had been named executor." In this case the Nevada probate court was willing to accept the inference that John wanted Dave to be the Executor. Note: Normally a lawyer drafted Will naming an Executor will state the Executor may serve without bond. If that language is not in the Will, the Executor will either have to get a bond or run the estate money through the lawyer's trust account.

Another example of a valid holographic will from a 2012 Nevada Supreme Court case, Estate of Melton, 128 Nev. 56, 272 P.2d 668 is as follows which was entirely in handwriting:

I am on the way home from Mom's funeral. Mom died from an auto accident so I thought I had better leave something in writing so that you Alberta Kelleher will receive my entire estate. I do not want my brother Larry J. Melton or Vicki Palm or any of my other relatives to have one penny of my estate. I plan on making a revocable trust at a later date. I think it is the 15 of [M]ay, no calendar. I think it[']s 5:00 AM could be 7:AM in the City of Clinton Oklahoma

The Nevada Supreme Court held that this was a valid will. And since Alberta Kelleher had predeceased Bill, Bill's entire three million dollar estate went to the State of Nevada since he had disinherited all of his relatives in the same document. Neither the fact that this was written in letter form rather than in will form, nor the fact that the writer talked about making a trust at a later date prevented the Court from finding that this was a valid hand written will.

Problems With DIY or Form Wills

In the holographic Will example with the Kansas farmer "Dave", this quickie DIY Will might have led to a lot of problems if one of John's relatives had come forward to claim it was a forgery. At the least that would have involved the expense of a handwriting expert to offer an opinion.

In Nevada a non-holographic Will to be valid on its face should be signed by the Will writer (Testator) and two witnesses and the two witnesses should either state under penalty of perjury (or their statements should be notarized) that "the testator subscribed the will and declared it to be his or her last will and testament in their presence; that they thereafter subscribed the will as witnesses in the presence of the testator and in the presence of each other and at the request of the testator; and that the testator at the time of the execution of the will appeared to them to be of full age and of sound mind and memory."

Or what happens if there is only one witness and that witness's signature was notarized? In such cases the Will can be "saved" if the notary (who witnesses the signing of the Will) gives and an Affidavit or Declaration Under Penalty of Perjury that the Notary witnessed the signing with the required language.

A common mistake in a DIY Will is that the writer lists his or her then existing assets and does not put in what is called a "residuary clause," which states who gets any property not specifically mentioned in the Will. So the DIY Will may state: "I leave my house at 4 West Oak St. to my brother Bill and my 2012 Cadillac and account at Wells Fargo to my sister Sue and my tool collection to my son Tom." Well, suppose the Will writer later sells his house and buys a new one and ditto for the car. Now brother Bill and sister Sue get nothing and the new car and new house pass under the laws of intestate succession (what happens if there is no Will) so son Tom gets the new house and car.

N.R.S. 133.040 sets out Nevada's requirement for all wills that are not holographic or electronic: "No will executed in this State...is valid unless it is in writing and signed by the testator, or by an attending person at the testator's express direction, and attested by at least two competent witnesses who subscribed their names to the will in the presence of the testator."

To avoid future problems, a lawyer who writes a will for a client will have a notary notarize the testator's signature and have the two witnesses give an affidavit which will also be notarized that they witnessed the testator sign the will and the that the testator appeared to be of sound mind and over the age of 18 at the time the testator signed. In fact, N.R.S. 122.050 gives a sample affidavit.

In actual fact, the witnesses could give a Declaration which is a statement under penalty of perjury and thus do away with the need for a notary. However, lawyers almost always have notaries in their office or nearby so the better practice is have all signatures notarized so that if need be the notary can testify in the event someone claims the will is a forgery.

No Affidavit or Declaration

If a will does not qualify as a holographic will and the subscribing witnesses have not given an affidavit or have not given a declaration under penalty of perjury, this defect can be corrected after the testator dies if and only if the subscribing witnesses can be located and are willing to give evidence at that later date. BUT the witnesses giving testimony (such as an affidavit) at a later date can only validate the will if they saw the writer of the will actually sign it. If the will writer signs a will and then takes the signed copy to a person who did not witness him signing it, this witness can NOT validate the will even if the witness can testify that the will writer told the witness he wrote the will and wanted a witness to that fact.

Under the federal constitution every State in the United States is required to give full faith and credit in most matters to actions of other States. As applied to wills this means that if a will was valid in the state is was executed when it was executed, Nevada should accept it as valid even if the will does not comply with Nevada's will requirements. Whether a 1978 will executed in Montana was valid in Montana in 1978 can be proved either with a Montana's lawyer's opinion, or citation to relevant Montana statutes. But this is only necessary if the will does not meet the above Nevada requirement.

Sometimes it happens that the inheritance result and who will serve as executor or administrator will be the same with or without a will. In such a case if there is any question about the will being valid, the heirs can elect to proceed under the intestate statues (the law that says who gets what if there is no will) and not worry about trying to validate the will.

Testator Competence and the Caretaker Problem

Suppose 90 year old Dad writes a new will on his death bed that disinherits his children in favor of his "girl friend" or disinherits one child in favor of another. Needless to say, wills written in a hospital or other care center, during the will writer's last illness, or favoring a caregiver, even if the Testator has been living at his own home when the Will was written (and the Will was written years before his death, but while he may have been under the influence of a caregiver) may be challenged, sometimes successfully.

Courts do not require a lot of mental ability to write a valid Will and Courts do recognize that 90 year old dad has a right to leave his wealth to a friend or "girl friend" over his children. Not all parent-child relationships are happy ones.

However, the subjects of testator competence and the claims of undue influence by the person favored in a Will are quite complex. A good probate lawyer should be able to look at a will and immediately know whether it meets the formal requirements for a valid Will. But if the question is whether the Will can be successfully challenged due to the mental disability of the Will writer or the undue influence of a person favored in the Will, the answer will depend on a number of facts that might not immediately be available. Decedent's medical records may hold clues to his or her mental competence before death. Transfers to third parties out of Decedent's account prior to death could hold clues. Witnesses with knowledge of the relationship between the Decedent and Will Beneficiaries could give important testimony.

Incidentally, many Courts require a higher degree of mental competence for the writing of a Trust or Trust Amendment. 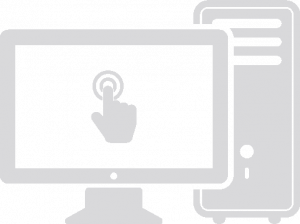