Federal Estate Taxes Due Upon Death

In contrast to the federal estate tax which is the I.R.S. cut before the estate moves on to the heirs, and which most estates are small enough to escape, estates that earn more than $600 in a year face an income tax. The period during which an estate may be liable for the income tax is from the date of death of the decedent until the estate is distributed. Many estates never earn $600 in a year. For example, the estate could consist of a house that is never rented and never earns income. Or it could consist of bank accounts that at today's low interest rates don't pay interest equal to $600 a year or more. If the estate earns more than $600/yr. there are two options. First, the estate can pay the income tax by filing a 1041. If there are many heirs, this may be the most efficient way to go for all concerned. Or, the estate can file the 1041 and a K-1 stating what portion of the income tax each heir is liable for and that the tax liability passes on to the heirs. If there is only one or two heirs this may be the most efficient way to go. This is a question to be discussed with a tax accountant.

In addition, the tax benefits of being able to roll over an IRA may or may not exist. The beneficiary may need the money immediately in which case there is no roll over. But, also, when the IRA money comes out it is taxed as ordinary income (unless there is an additional penalty for early withdrawal). The potentially lower tax rates on dividend and capital gain income is lost for a traditional IRA.

In conclusion, whether to put a traditional IRA into a trust is a very complicated matter that depends in part upon future events that cannot be predicted.

If the Estate will have federal Income Tax liability, the Executor or Administrator will have to get a federal tax number which is misleadingly called an EIN which are the first initials for Employee Identification Number. When applying online for this EIN the applicant will be asked what the tax year of the estate is. Often the best choice is to begin the year on the date of death. For example, the Decedent died on September 8, 2018. The estate has income producing assets and it won't be possible to get all of the assets of the estate distributed by December 31, 2018, but it will be possible to get all of the estate assets distributed within a year of the death. If the calendar year is used the Estate will have to file 2018 and 2019 Income Tax returns. If the tax year of the estate begins on the date of death, then only one Income Tax return will have to be filed, saving on tax preparation time and fees.

In addition to the expense of a Timeshare Probate the timeshare company usually charges a fee of $50 to $600 to record the transfer. This is why we encourage people to take title to timeshares as joint tenants with people they are likely to leave the timeshare to.

Nevada does not impose inheritance or estate taxes. Neither does California.

However, if a beneficiary of an estate lives in a state that imposes an inheritance tax, then the beneficiary may have to pay that tax to their state.

Also, when real estate is transferred from one person to another there may be a real estate transfer tax.

Each Nevada county imposes a transfer tax on real estate. See Nevada Real Estate Transfer Tax
for detail. But, the executive summary is this: If real estate is transferred by will from the person who died to the heir, there is no real estate transfer tax, but if owner dies without a will the new owner who takes under the law that says who gets what if a person dies without a will does have to pay the transfer tax unless the new owner was the child or spouse of the person who died. 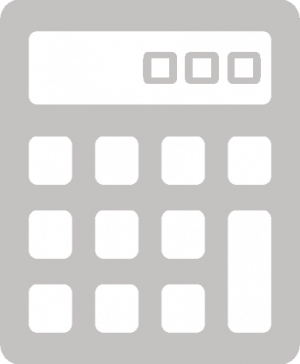