Which Transfers Require Payment of a Real Estate Transfer Tax?

Each county in Nevada charges a Real Estate Transfer Tax when title to property is changed unless one of the exceptions set forth in N.R.S. 375.090 applies.

Although the statute lists 13 exceptions, our practice deals primarily with five exceptions:

Please click on the exceptions below to view the important details incuding situations where they may or may not apply:

The first major exception in our practice is N.R.S. 375.090(7) which is for transfer into or out of a trust without consideration and with proof of the trust. Typically the County Recorder wants to see a Certificate of Trust (to which it may be necessary to add the magic words, "This Trust has not been revoked or amended,") or wants to see the actual trust if it is not too long. BUT WE have mixed results in certain cases where the transfer into a trust effectively changes ownership. If Mary transfer her real estate into a trust owned only by Mary, there is no problem. But if Mary sets up a trust with her boyfriend Bill and transfers real estate solely owned by her into a trust jointly owned by her and Bill, it is unclear whether the County Recorder will demand a real estate transfer tax because Mary if really transferring a half interest to Bill, or whether the County Recorder will accept this an estate planning into a Trust which qualifies for Exemption 7. (If Bill and Mary were married there would be no tax in this case; see following paragraph.)

No Real Estate Transfer Tax Due If The Transfer is Between Parent & Child Or Between Husband & Wife.

The second major exemption in our practice is that there is no real estate transfer tax due if the transfer is between parent and child or between husband and wife. If the property is valuable and the transfer is between siblings and a parent is still alive, it may be possible to avoid the real estate transfer tax by transferring from sibling to parent and then back to the other sibling. If the transfer is between parent and child and the two have different surnames (last names) the County Recorder will want to see proof of the actual parent child relationship by being shown copies of marriage licenses, birth certificates, name change orders, etc. The Recorder's Office may refuse to accept photocopies of these documents and demand certified copies. However, if the Probate Court Order awarding the property to the adult children of Decedent where the parent and children have different last names, SPECIFICALLY MAKES A FINDING THAT THIS IS A TRANSFER BETWEEN PARENT AND CHILD, that may be sufficient to avoid the real estate transfer tax and to avoid the production of birth certificates, marriage certificates etc. to prove a parent child relationship.

A third major exception which you will not find by a literal reading of the statutes is that in Clark County property transferred by a Will is not subject to a real estate transfer tax. Usually, claiming exemption Number 3 of the Declaration of Value form when recording a Probate Court Order saying the transfer is pursuant to Will suffices to avoid the transfer tax.

Currently the Recorder's Office is also exempting from the transfer tax property transferred pursuant to a Will and Re-Assignments.

A fourth major exception is that under N.R.S. 375.090(10) there is no tax due if the transfer is to file a deed that becomes effective upon the grantor's death. In some situations, for example, Mom and Dad own a home and financial accounts, and they have only one adult child and they really don't care what happens to their assets if their single child fails to survive both of them, the simplest estate plan may be a transfer on death deed from Mom and Dad to the adult child and making the adult child the payable on death beneficiary of all of their accounts. However, this exception applies to the recording of the deed that says the property will go the grantee upon the grantor's death. And for this deed to work, the recording must occur before the grantor dies. However, after the grantor dies, the grantee will need to file a "Death of Grantor Affidavit." When this is filed the County Recorder will demand a real estate transfer tax unless the transfer is between spouses or between parent and child. This estate planning device has become more troublesome in recent years as some title insurance companies won't issue title insurance until a 18 months has passed after the death of a Grantor of a Transfer on Death deed.

The final major exception in our practice is that no transfer tax is due if one joint tenant or tenant in common transfer his or her interest to another one without consideration. This typically happens when one of two joint tenants dies and the remaining joint tenant automatically becomes the sole owner. See N.R.S. 375.090(4).

A sibling to sibling (brother or sister to sister or brother) transfer is not exempt from the real estate transfer tax. However, if the siblings still have a living parent, the sibling owner can transfer to the parent who can then transfer to the other sibling. Both of these transfers avoid the Real Estate Transfer Tax. This is allowed. Instead of paying the real estate transfer tax, this procedure will involve preparing and recording an additional deed. One of our attorneys has received an e-mail from the Clark County Government Audit Team that this procedure is perfectly ok. But, possibly the I.R.S. could see the transfer as a gift subject to gift tax, so you might want to check with your federal tax advisor before using this tactic.

Also, as mentioned above, if an heir who is not a child, or parent, or spouse of the decedent is to inherit under the laws providing for what happens when there is no will, it may be possible to have the heir assign the inheritance to a trust in the heir's name.

Warning: This Section is more technical.

Suppose Dad dies unmarried and without a will and had three sons. Albert, Bill and Charlie. Suppose Charlie predeceased Dad but is survived by his adult son, David. Suppose the only asset in Dad's estate is a house. Albert, Bill and David are entitled to equal shares. Suppose the three of them decide to keep the house and use it as a rental, betting on a future increase in price. If Dad had willed the house to the three of them there would be no transfer tax. But since there was no will, the third going to David, Dad's grandchild, has a real estate transfer tax, whereas the two thirds going to Albert and Bill, Dad's children, is free of real estate transfer tax.

Now here is where it gets complicated. If the probate court order awarding the house to Albert, Bill and David awards it to them as tenants in common (which is what the Court will do in the absence of a proper request), then David pays a real estate transfer tax on his 1/3 interest. But if David were to die shortly thereafter, his 1/3 tenant in common interest would have to be probated. So, suppose all three ask the Court to award the house to them as joint tenants, so if one dies, the survivors own the house without probate. Now, the county assessor will want a real transfer tax on the entire value because the grandson of the decedent, who does not get an exemption without a will, is considered to have an undivided interest in the whole house. (To save transfer tax, the three could have the Court award the house to three as tenants in common, David would pay a transfer tax on his third, and then the three could deed from themselves as tenants in common to joint tenants and this last transfer would be tax-free because of the identity of grantors and sellers.)

How Is The Real Estat Transfer Tax Calculated? 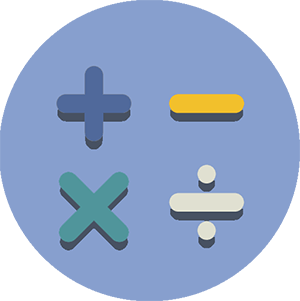